How to Create an Ad Campaign

Step by step instructions on how to create an Ad Campaign on BackerClub after your project has been approved.

Written by Matt
Updated over a week ago

Once your campaign has been approved you can now set up an Ad Campaign. This process is important for BackerClub Creators and must be done for your project to show up on the website and in our newsletters.

The Ad campaign is where you will let us know the details for your promotion like when you want the promotion to start and stop, your Cost Per Click (CPC), and a budget for the CPC.

To set up an Ad Campaign on BackerClub: 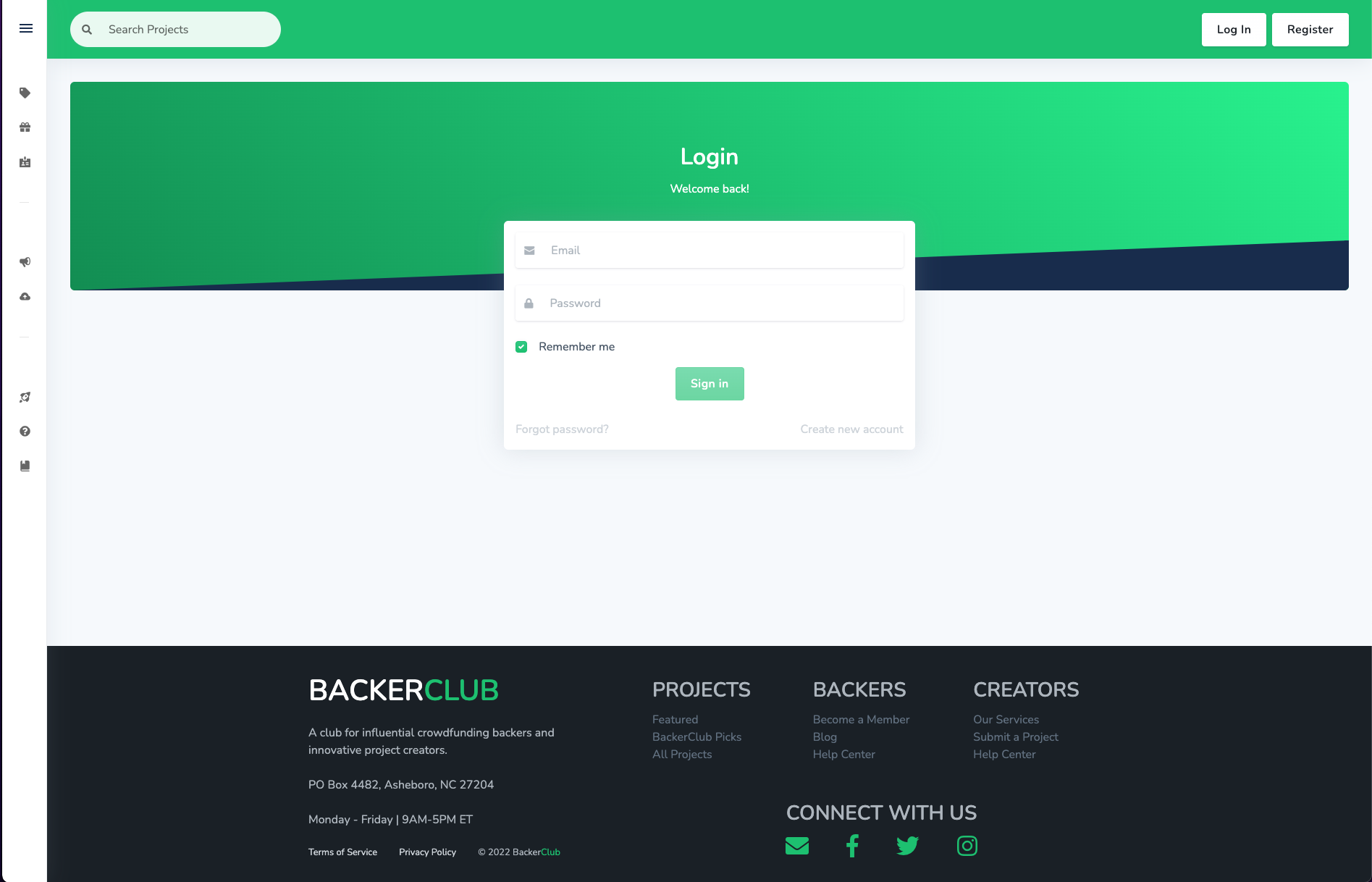 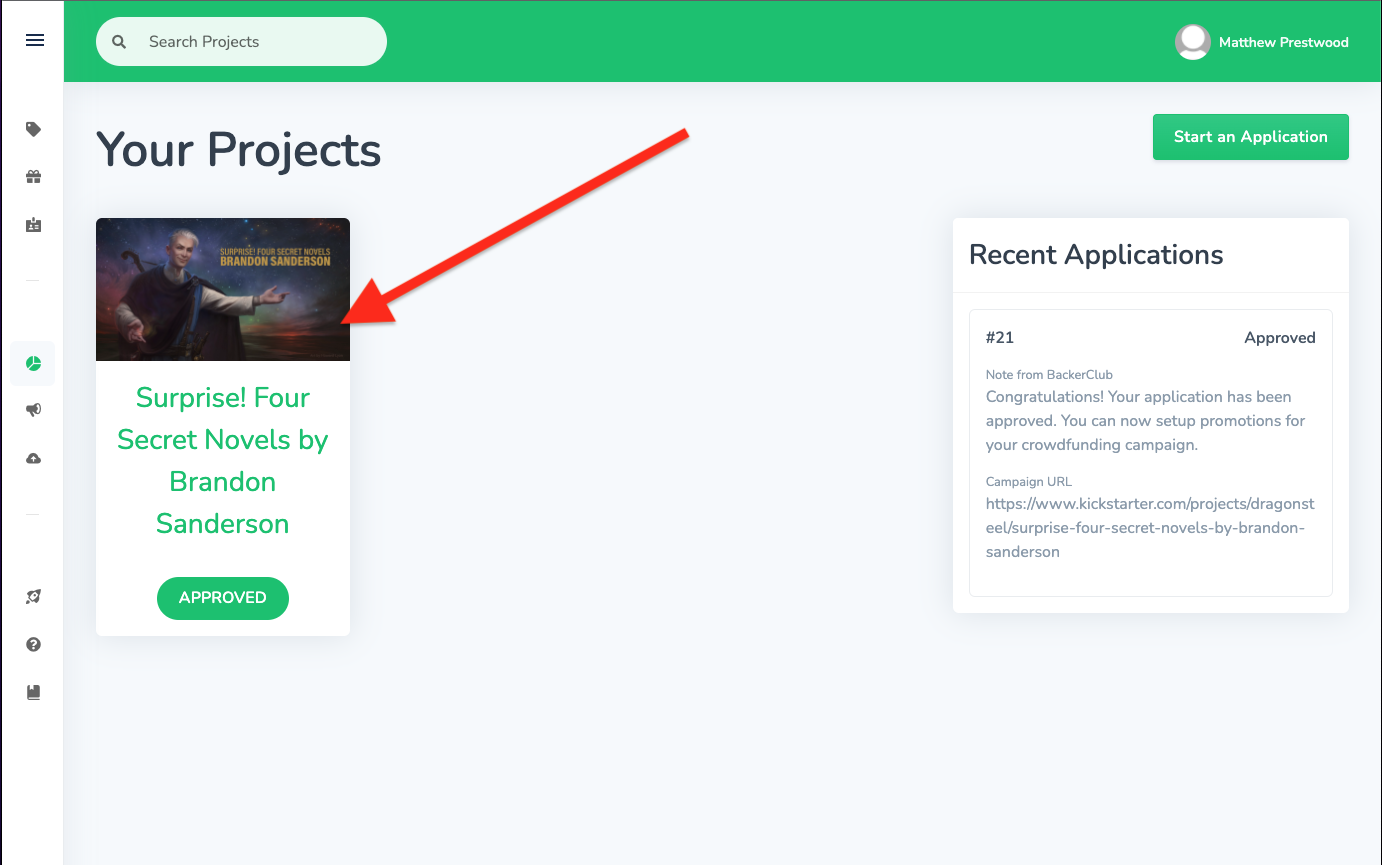 You will then be shown your Dashboard for the selected Project. 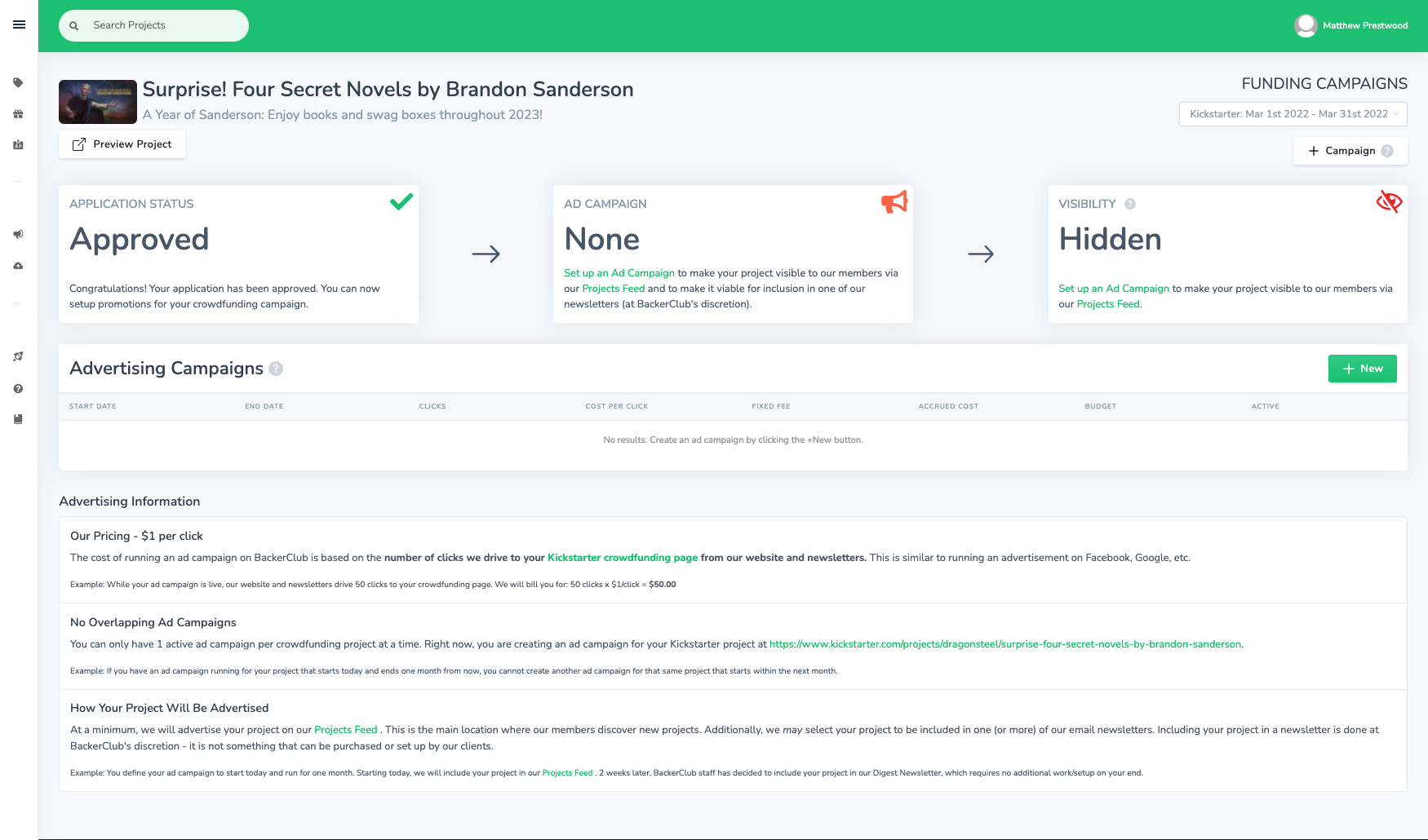 The next step is to click on the "+ New" button 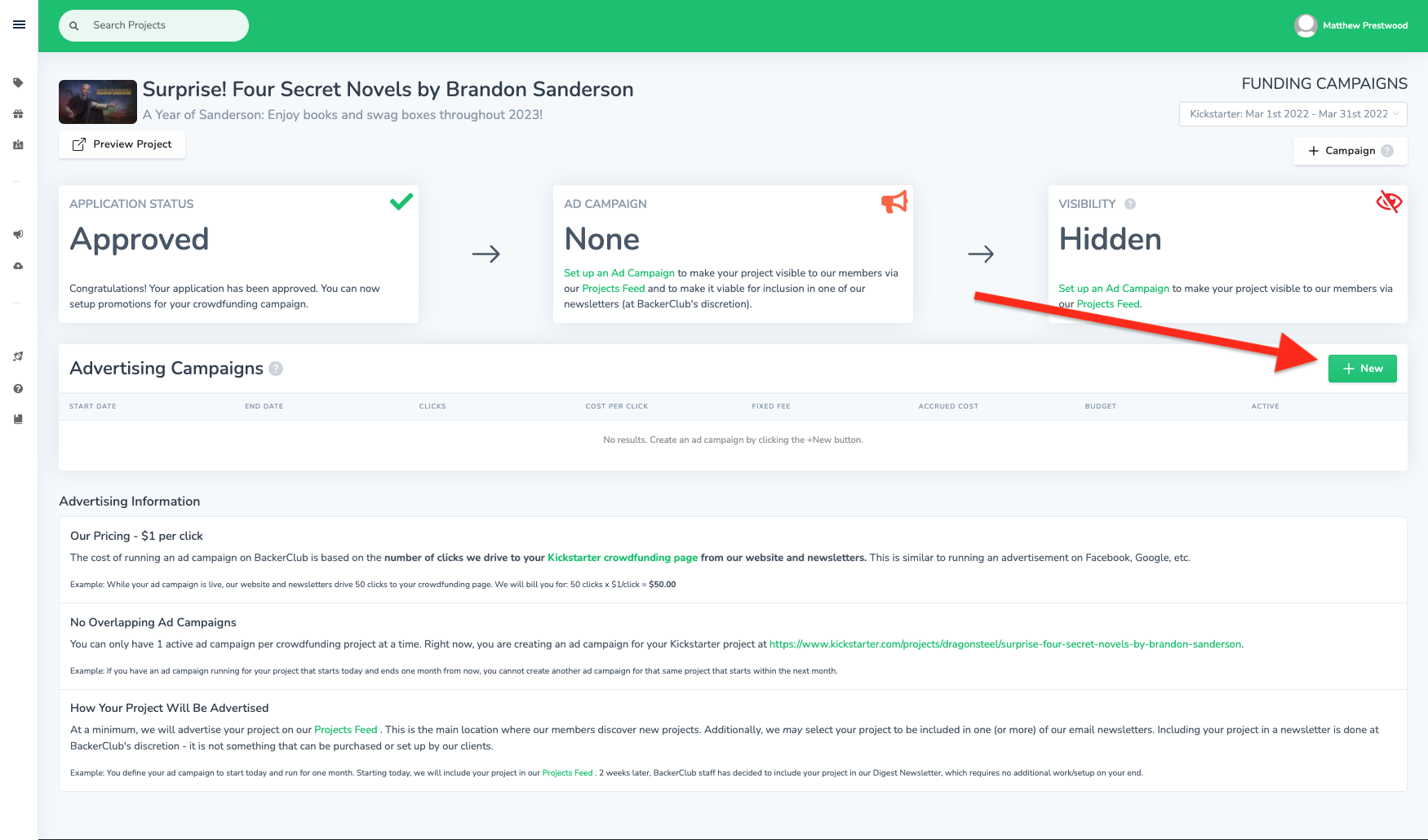 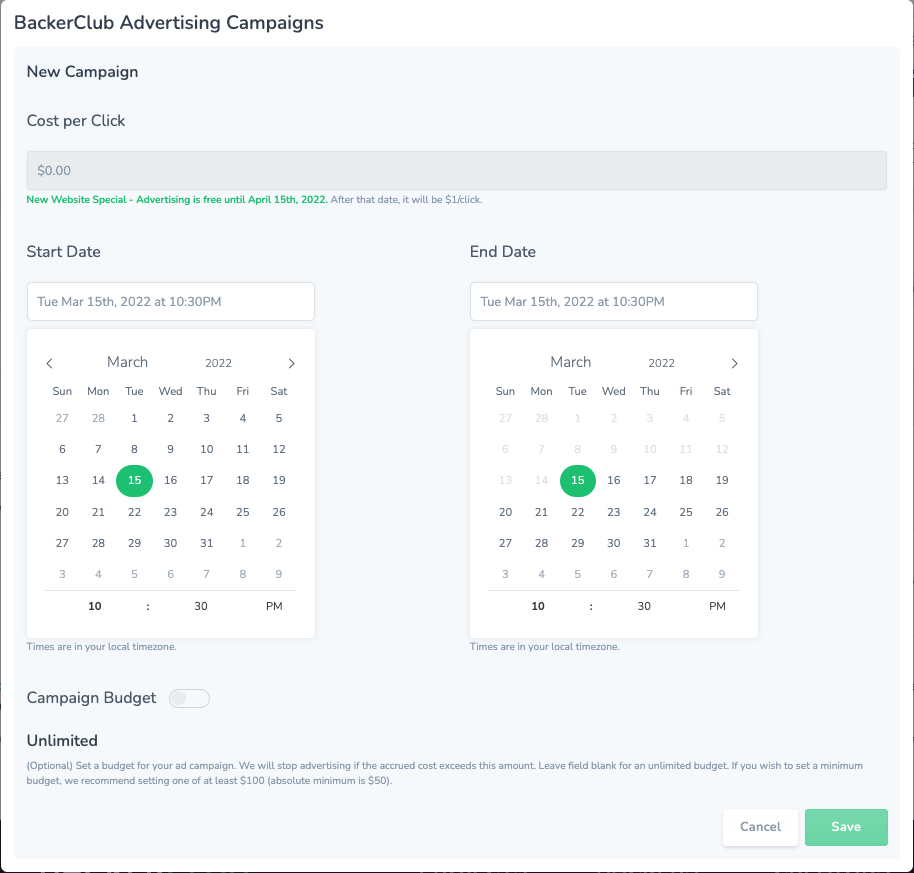 The Visibility box will be set to "Published" and the "active" column will have a green check box.

That's it! Well, there's a bit more to make all the pieces fit together, but this is a "quick intro" after all.

Promote your Campaign
Did this answer your question?